During a test dive on May 23, 1939, U.S submarine Squalus sank due to mechanical failure with 59 crew members on board. Twenty six men were drowned immediately after several rooms flooded. Thirty three other crew members managed to secure the remaining compartments and prevent them from flooding, but the vessel bottomed at 243 feet under water. By communicating with its sister ship, the Squalus was located by divers who began the rescue mission. All 33 surviving crew members were rescued from the submarine and the vessel was eventually salvaged, renamed and put back into commission. Four of the rescue divers were awarded the Medal of Honor for their efforts.

After tens of thousands of American and Filipino troops surrendered during the Battle of Bataan in 1942, they were forced into the Cabanatuan prison camp in the Phillippines, controlled by the Japanese army. Soldiers and civilians were forced to march to the camp in what became known as the Bataan Death March in which thousands of prisoners died. By the time they reached the camp, only about 500 American and other Allied POW's and civilians were kept there. Others were transferred out or died in the march. In January 1945, American military leaders and Filipino guerillas hatched a plan to rescue the prisoners. Using a military aircraft as a distraction to the guards and striking at night, troops stormed the camp and opened fire at the guard's head quarters. In the end, all of the Japanese guards were killed and the prisoners were all freed, except one who died during the attack. In total, 489 POWs were liberated, along with 33 civilians. It is considered one of the most successful military rescue missions of all time.

Launched into space on April 11, 1970, Apollo 13 was the third space craft intended to land on the moon. Two days after its launch, an oxygen tank exploded and disabled much of the craft's necessary equipment. Facing loss of cabin heat, limited power and water, and diminishing access to oxygen, the crew put their lives in the hands of the ground crew. Because the blast had destroyed critical components for re-entry, the ground crew was forced to use ingenuity and quick thinking to bring the crew back to Earth before their supplies ran out. Using their own expertise and previous space experience, as well as calling upon engineering experts at the University of Toronto, the ground crew managed to get the astronauts back into the atmosphere safely and the space craft splashed down into the South Pacific Ocean on April 17, six days after it launched. 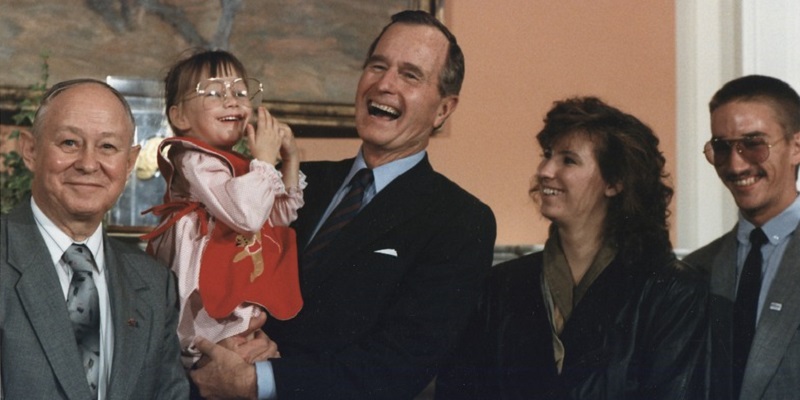 On October 14, 1987, 18-month-old Jessica McClure was playing with four other toddlers when she fell down into an abandoned well shaft. Her mother called police who arrived within minutes. Rescue crews loaded gear to the scene where they strategized how to get Jessica out. After digging a few feet down next to the well, rescuers discovered thick rock that would have to be drilled through with a jackhammer. It took rescuers 58 hours to dig through the rock to reach Jessica. She was then hoisted out of the well to safety with only minor injuries. With much media attention, the rescue of baby Jessica is one of the most memorable of the 20th Century.

In what turned out to be a strange twist of fate, the San Francisco Giants and the Oakland Athletics had both made it to the World Series and were playing against each other at Candlestick Park on October 17, 1989 when a huge earthquake hit the region. The game was set to start at 5:30 pm and over 62,000 fans were packed into the stadium. At 5:04 pm, a 6.9 magnitude earthquake hit the Oakland and San Francisco areas. Fortunately, the stadium sustained no damage and no injuries, but several bridges and roads were severely damaged, including a large section of the Nimitz Freeway which suffered a collapse of its upper deck, killing 42 people. This number would have been substantially higher if the World Series hadn't attracted so many residents to the stadium. The major rescue effort was focused on the Nimitz Freeway where rescue workers risked their lives to crawl into the small gap between the lower and collapsed upper deck to get survivors out of the rubble. In total, the earthquake caused 57 fatalities and an estimated $6 billion in property damage.

On September 11, 2001, the world changed forever when a series of terrorist attacks killed 2,977 people in New York City, Pennsylvania, and Virginia. After the attack, rescue workers rushed into burning and partially destroyed buildings to locate survivors and help them to safety. The New York City Fire Department deployed 200 units (half of the department) to the World Trade Center and the NYPD sent Emergency Service Units, as well as other police personnel and its aviation unit. Similarly, in Virginia, rescue workers were forced into dangerous areas of the Pentagon to rescue survivors. In total, 414 rescue workers (firefighters, police officers, paramedics and other first responders) were killed trying to save the lives of others. Through their efforts, thousands of people made it out alive and the remains of countless others were recovered.

On July 24, 2002, nine Pennsylvania miners were led astray by an incorrect map and ended up hitting an abandoned mine, causing millions of gallons of water to trap them 240 feet underground. Rescue crews located the miners using a satellite tracker and began the process of drilling a thin hole into the chamber the men were trapped in. Once the shaft had been pressurized with air and the water successfully held back, the crews then drilled a larger hole into the chamber. The miners were then lifted to the surface in a metal cage. Seventy seven hours after they were first trapped, all of the men were safely above ground and only sustained minor injuries.

In March 2003, Private First Class Jessica Lynch was serving in Iraq as a Unit Supply Specialist when the convoy she was travelling with was ambushed and captured by Iraqi forces. After days of imprisonment, she was admitted into an Iraqi hospital for treatment of a broken leg and arm. Nine days after her capture, she was rescued from Saddam Hospital when an Iraqi man visiting the hospital she was held in tipped off American soldiers. The U.S Army, Air Force, Joint Special Operations Task Force, Army Rangers and Delta Force raided the hospital and rescued Lynch and the bodies of eight other American soldiers. Lynch returned home and received six medals for her service. Her rescue was the first successful rescue of a U.S prisoner of war since Vietnam and the first ever of a woman.

On April 8, 2009, four Somali pirates attacked the Maersk Alabama off the coast of Somalia with a crew of 23 and 17,000 tons of cargo on board. The crew had anti-piracy training and thwarted the efforts of the pirates to take control of the ship and sail it to Somalia. In response, the pirates captured the ship's master, Captain Richard Phillips and escaped the vessel on a life boat with him. Four days later, Navy SEAL snipers (from “SEAL Team Six”) fired at the pirates, killing all of them. Captain Phillips was rescued, unharmed. In 2013, the story was made into a movie with Tom Hanks starring as Captain Phillips.

On December 5, 2012, three staff members from a non-profit providing medical care in rural areas of Afghanistan were kidnapped at gunpoint by the Taliban near Pakistan. Dr. Dilip Joseph, an American doctor was among the captured. The other two men were Afghani volunteers who were released eleven hours after their capture. Fearing for Joseph's life, the elite Navy SEAL team (“SEAL Team Six”) was called in to intervene. During the early morning rescue, seven Taliban were killed and two captured. Joseph walked away unharmed, but a highly decorated Navy SEAL, Petty Officer 1st Class Nicolas Checque was killed during the rescue mission. Joseph was quoted as saying, "It is hard to live with the idea that somebody died for my sake. The best that you can do is to honor them through your life, and that's exactly what I want to do."