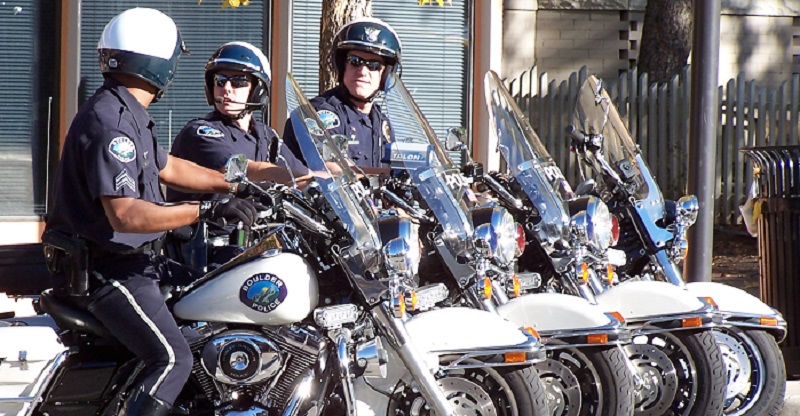 Although the police are an ever-present force in our lives—providing protection, enforcing the law, preventing crime and maintaining order—the form they take today took hundreds of years to perfect. Nearly 400 years ago, the U.S police force as we know it was merely in its infancy. Policing in Europe, however has been around in some form since 3000 BC.

The word police comes from the ancient Greek word, polis, meaning “city.” The first policing organization, however, began in about 3000 BC in Egypt. Pharaohs were in charge of appointing an official to oversee and enforce justice and security for each jurisdiction. This official was assisted by the area's tax collector. Ancient Greece also had a police force made up of Scythian slaves who were regulated by magistrates. Ancient Rome continued the practise of recruiting lower-class citizens (sometimes with criminal pasts) to be part of the police force. These teams of men were in charge of protecting the city, but prosecuting everyday crimes (even murder) was often left to be resolved between individuals. Emperor Augustus created three groups of police to protect Rome from crime and fire in 6 AD. These men were recruited from the Roman Army.

After the collapse of the Roman Empire in the 5th century, the Byzantine Empire went back to the original model of law enforcement where most crimes were left to be dealt with by individuals. In England, however, a new structure of police was being formed. In this model, groups of 100 men were responsible to enforce good conduct between each other while protecting the community. These groups were headed by a Shire-Reeve. The role of the Shire-Reeve eventually developed into what we know today as a Sheriff. By the late 13th Century, the role of Constable was created. Constables were responsible for overseeing the night watch and for providing security. At this time, the investigation and prosecution of crimes was still left up to individuals.

In 1285, the Statute of Winchester made enforcing the law a social responsibility. Any person who didn't report or try to stop a crime could be prosecuted. In 1361, the Justice of the Peace Act revoked public responsibility and placed it on the Justices who were appointed by the monarch. Their responsibilities included police, judicial and administrative duties. Law enforcement in England rested almost solely on the shoulders of Justices, Constables and the night watch until the 19th Century.

In 1631, Boston became the first U.S city to establish a night watch. New Amsterdam (later New York City) soon followed suit in 1647. In the late 18th and 19th Centuries, “regulators” (vigilantes) became commonplace in many U.S cities. Their role was to enforce order in areas where there was none.

In the middle of the 19th Century in the U.S, laws were passed in order to regulate social behaviour, and penitentiaries, asylums and official police forces were established. New York City was the first to have an official police department in 1844. The NYPD was based on the London Metropolitan Police Department. Soon after, departments were established in New Orleans and Cincinnati (1852), Boston and Philadelphia (1854), Chicago and Milwaukee (1855), and Baltimore and Newark (1857). Authority over police was left to neighbourhoods and neighbourhood leaders. Officers didn't wear uniforms and the initial function of the police was to prevent crimes. Once this proved a very difficult task, one of their main purposes became investigating crimes that had already been committed. The first detective unit began in New York City in 1857.

In the mid to late 19th Century, U.S police were still governed mostly by the communities they were serving. Because of this, corruption and political favoratism were rampant and created major problems. By the end of the century, with much public influence, the police force became a civil service with control of the force being placed on the city and/or the state.

Between 1900 and 1920, the prohibition movement, as well as fears of corruption and Communist influence lead to the need for Federal and State police organizations. The Federal Bureau of Investigation (FBI) was created in 1908 to investigate antitrust and fraud cases, as well as crimes committed on government property or by government officials. In 1920, the Department of Treasury created the first large federal police agency which was in charge of enforcing prohibition. In order to deal with and prevent corruption and striking among local police forces, Pennsylvania established the first state police department in 1905. New York followed in 1917, Michigan, Colorado, and West Virginia in 1919, and Massachusetts in 1920.

Public confidence in the police was waning in the 20s and early 30s due to the effects of prohibition, corruption and the frightening growth in gangs and crime. August Vollmer began lobbying to professionalize the police in the early 20th Century. In 1916, he helped create the first university-level police educational program at the University of California, Berkeley. He also pushed for prosecution of delinquent youths, started the Uniform Crime Reports program which kept track of the annual national crime rate, and helped to abolish the physical and/or mental torture the police had been using in suspect interrogation.

J. Edgar Hoover became head of the FBI in 1924 and began actively trying to change the image of detectives, the Bureau, and the police force as a whole. He made it mandatory for new agents to have a formal education, nearly eliminated corruption and almost single-handedly restored public opinion of the police. A new model was adopted which became known as the “three R's”: random preventive patrols, rapid response to calls for service, and reactive criminal investigation. This model, as well as Hoover's military-based structure of the police force became commonplace among all departments.

After World War II, it became standard that police patrolled in cars. This enabled them to respond to calls for service more rapidly, as well as to provide a stronger police presence in neighbourhoods. The addition of radios in police cars helped communication between police, as well as response times.

During the last half of the 20th Century, the law enforcement model stayed essentially the same, save for a few major policy changes. These included the introduction of the right of a suspect to have an attorney present during interrogation, the forbidding of the use of evidence at a trial that was obtained by unlawful search and seizure, and the Miranda warnings becoming a mandatory precursor to arrest during the 1960s. Police officers were also held to a higher standard and were expected to complete much more training before joining the force. Community policing efforts also helped to close the gap between police and citizens in the 1970s. During the 1980s, community policing helped the police force become familiar with and consult the communities they served, which decreased hostility between the public and officers. By the 2000s, two thirds of all local police departments had a community-policing plan.

It is impossible to predict the future of law enforcement, but one thing is for sure: all departments will continually be united in their goal to protect citizens, reduce crime, and serve their communities.